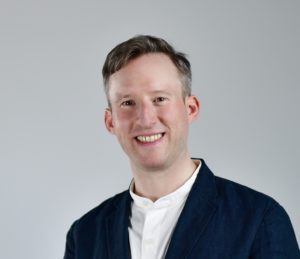 Why and when did you decide to major in classics?
I had studied 5 years of Latin and one year of classical Greek in high school, prior to coming to Ole Miss, and a lot of that early decision came from family influence…my grandmother had actually been a Latin teacher. I knew from the outset of my undergraduate career that I wanted to study classics and English. I had a strong interest in words and education, which I knew could be bolstered by studying classics.

Please tell us some significant accomplishments/favorite memories from your time at UM.
I was at UM from 2004-2010, earning both my BA in classics and English as well as an MFA in creative writing, so I remember the Presidential debate, the dedication of the Civil Right monument, visits from Judy Shepard, King Abdullah of Jordan, Salman Rushdie, Samantha Power, E.O. Wilson, and every author (established and emerging) one could dream of. Presenting research on a study of a Latin manuscript held at the Richelieu Library in Paris at a medievalists’ conference (after performing the research in Paris with Dan O’Sullivan) was a great taste of “academia.” Traveling with the Lott Institute in cooperation with Nelson Mandela Metropolitan University (South Africa) and The University of Ulster (Northern Ireland) on a fellowship to study race, religion, and reconciliation in divided societies was life-changing. But so were conversations on the balconies of Square Books and City Grocery, connecting with classmates and local luminaries at Bottletree Bakery and Ajax Diner.

How would you summarize your educational/career path since UM?
I have worked in K-12 education since I finished my MFA at UM in 2010, first in US boarding schools (where, incidentally, I taught Latin and Greek for three years, in addition to other duties) as a teacher, department chair, and program director. I also built an educational consulting practice in the US and China, where I have worked with families considering educational options for secondary schools and for college/university placement.  I have worked with schools considering creating fully-independent curricula, looking to enhance their recruitment strategies in China, and seeking assistance in enhancing LGBTQ+ inclusion policies. Since 2020, I have lived and worked in China full time, first as Principal and Dean of Academic Affairs at Yungu School, a private school founded by Jack Ma and Alibaba Partners in Hangzhou, China, and now as Director of Student Wellbeing and College Counseling at Avenues: The World School in Shenzhen (www.avenues.org), which has campuses in New York, Sao Paulo, Silicon Valley, and online. I have also maintained a presence in the writing and publishing world, having published two books in addition to regular essays, poems, and reviews in journals and magazines.

What do you see as the value of studying classics in today’s world?
If you truly have a command of language, your prospects are great in this world that needs clear, compelling communicators. Additionally, I would say that studying classical languages is an excellent training in systems and structures, which is a competency transferable to other contexts. Finally, studying classics will allow someone to grapple with questions of ethics, leadership, morality, and community that we are always going to grapple with, so I think there is a real advantage to looking at the roots of the debates that wage on today.