40 years of the Riace Bronzes 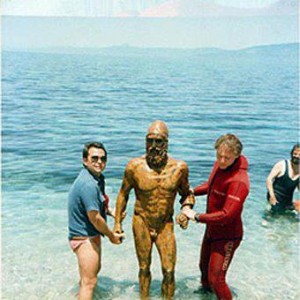 The warriors emerge from the sea.

The Riace bronzes were discovered August 16, 1972– 40 years ago today!  The classical Greek statues were spotted partly buried in the sand by a snorkeler, Stefano Mariottini, about 300 meters off the cost of Riace, near Reggio Calabria, Italy.  They came out of the sea four days later, and are housed in the Museo Nazionale della Magna Grecia in Reggio Calabria, Italy.  Check the video below (a clip from the BBC’s How Art Made the World .  More Human than Human) for gushing praise of the bronzes from art historian Nigel Spivey.